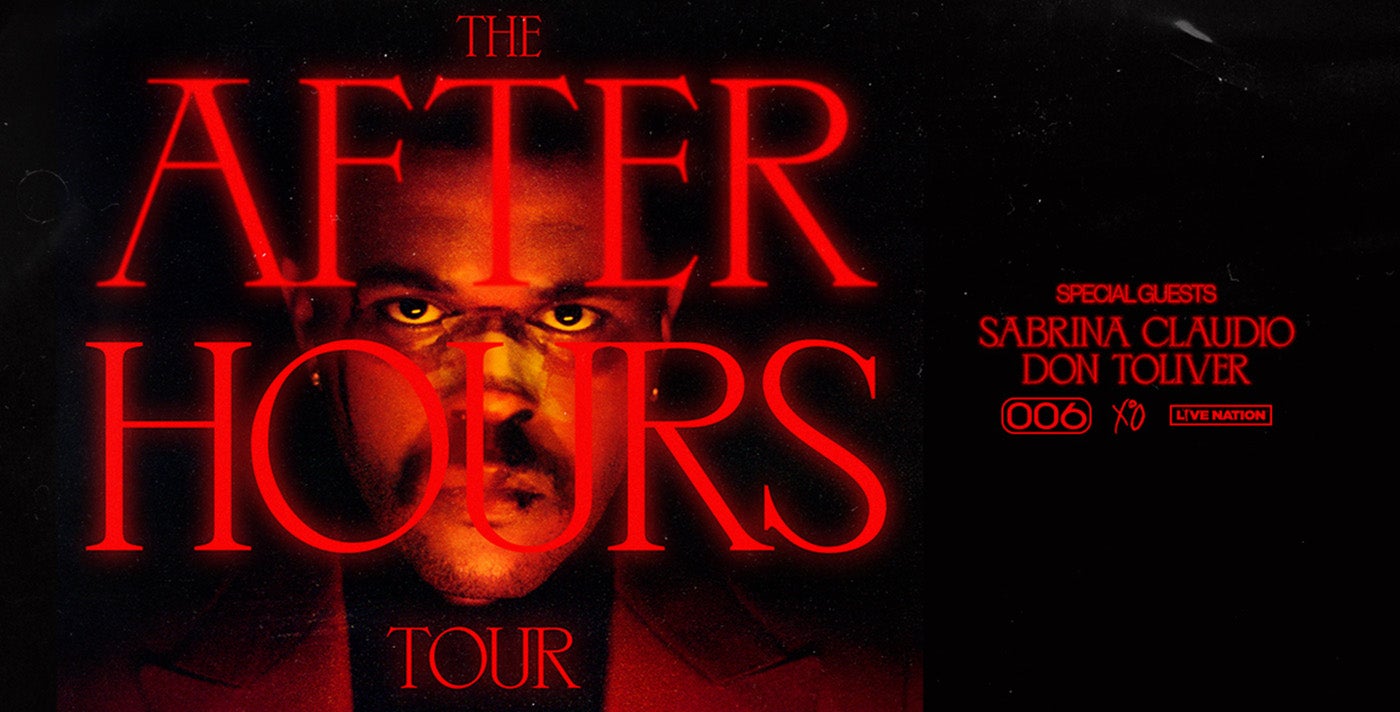 February 20, 2020 – The Weeknd has announced his new headline world tour, The After Hours Tour, starting June 11 on the heels of his upcoming album, After Hours.

The Weeknd will visit Charlotte’s Spectrum Center on Wednesday, July 15.  American Express® Card Members can purchase tickets in select markets before the general public beginning Tuesday, February 25, at 10 a.m. through Thursday, February 27, at 10 p.m.  During all U.S. dates, Verizon Up ticket holders will get access to an exclusive stage side experience within the Verizon Up Members section.

Tickets will go on sale to the general public beginning Friday, February 28, at 10 a.m. at the Spectrum Center Box Office or online at spectrumcentercharlotte.com or livenation.com.

The After Hours Tour will showcase state of the art production and one of the most innovative stage designs to date, containing the most LED lights and video for an arena show. Produced by Live Nation, the 57-date tour will hit cities across the United States, Canada, the United Kingdom, Belgium, the Netherlands, Germany and France with support from Sabrina Claudio and Don Toliver in the U.S., and 88GLAM and Sabrina Claudio in Europe.

After Hours album merch bundles became available with the announcement of the title track and album pre-order yesterday, available at shop.theweeknd.com. For all North American dates, each ticket purchased online comes with one CD of The Weeknd's new album, After Hours.

On March 7, The Weeknd will perform on Saturday Night Live ahead of his new album, After Hours, dropping March 20.  Listen to the title track or pre-order the album at the links below.

Listen to “After Hours”:  http://theweeknd.co/afterhours-single