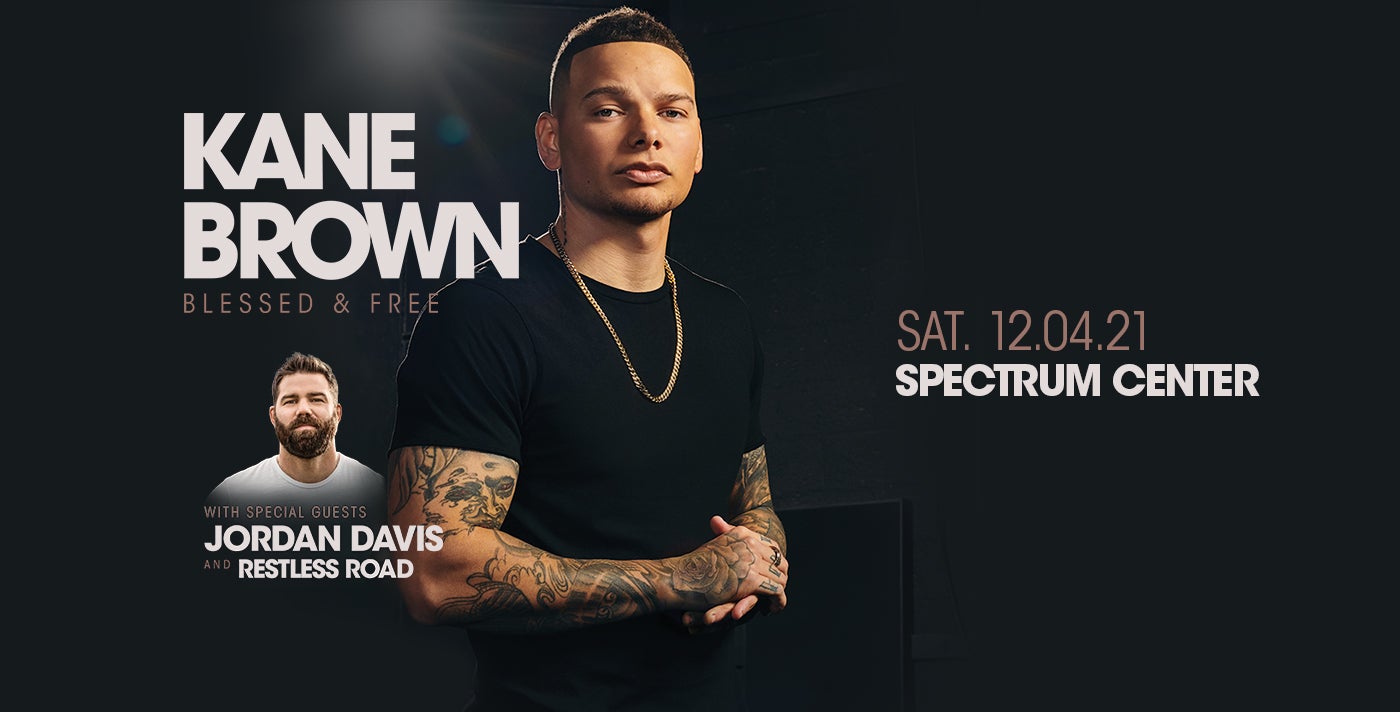 April 8, 2021 – Today, multi-platinum, five-time AMA award-winning entertainer Kane Brown announced his headlining Blessed & Free Tour, stopping in 35 North American cities, including Charlotte’s Spectrum Center. Brown made the announcement from the American Airlines Center in Dallas during one of his surprise promotional stops in upcoming tour markets. Starting October 1 in Sacramento, Brown’s Blessed & Free Tour will visit all 29 NBA basketball arenas throughout 2021 and 2022, making the “breakthrough entertainer” (AP) the first country artist in history to headline every NBA basketball arena in a single tour. A life-long basketball fan and former four-sport high-school athlete, Brown first hinted at the tour during the 2020 NBA All-Star Game in Chicago, where he played in the NBA All-Star Celebrity Game. The country star is set to visit milestone venues from coast-to-coast, including Brown’s first headlining dates at New York City’s Madison Square Garden and Brooklyn’s Barclays Center. Brown also returns to play the STAPLES Center in Los Angeles. Brown is among a handful of country artists in the arena’s 20-year history to sell out the venue. In addition to the NBA arenas, Blessed & Free will make stops in Nampa, State College, Louisville, Pittsburgh, and Seattle at the brand new Climate Pledge Arena before wrapping in Las Vegas. Jordan Davis will join Brown for this date, as well as Restless Road, who Brown signed to his label, 1021 Entertainment.

Brown will visit Charlotte’s Spectrum Center on Saturday, December 4.  Tickets will go on sale to the general public beginning Friday, April 16, at 10 a.m. at spectrumcentercharlotte.com or kanebrownmusic.com.  Registration for Kane Brown’s pre-sale begins Thursday, April 8, at 11 a.m. ET at kanebrownlive.com.   A limited number of VIP Packages will be available. These exclusive offers include an amazing selection of tickets, early-access to the General Admission Pit, limited edition merchandise and much more. Visit kanebrownmusic.com for a full list of tour dates, additional pre-sale and ticket on-sale information.

Noted as the “future of Country” (Billboard) and one of “31 People Changing the South” (Time), the chart-topping entertainer recently earned his first ACM Album of the Year nomination for Mixtape Vol. 1, as well as a Video of the Year nomination for his anthem “Worldwide Beautiful.” Brown first broke through the country charts with his #1 self-titled debut, which spent a record-breaking 13 weeks at the top of the chart and made Brown the first artist in Billboard history to top all five Billboard Country charts simultaneously. Kane Brown earned three AMA Awards and produced two of the most streamed country songs of all time – the seven-time platinum #1 hits “Heaven” and “What Ifs.” Brown’s sophomore album Experiment debuted at #1 on the Billboard 200 all-genre chart and solidified Brown as the only male country artist in more than 24 years to debut at the top of the Billboard 200. Experiment produced back-to-back #1 hits and was ranked by The New York Times as one of the Top 10 Best Albums of the Year. His latest project, Mixtape Vol. 1 features Brown’s Top 10 pop radio hit “Be Like That” featuring Khalid and Swae Lee, his co-written duet “Last Time I Say Sorry” with John Legend, and his current hit at Country radio “Worship You.”  Fueled by Marathon, Blessed & Free marks the first tour for Brown since his Worldwide Beautiful Tour, which earned critical praise during its international run.