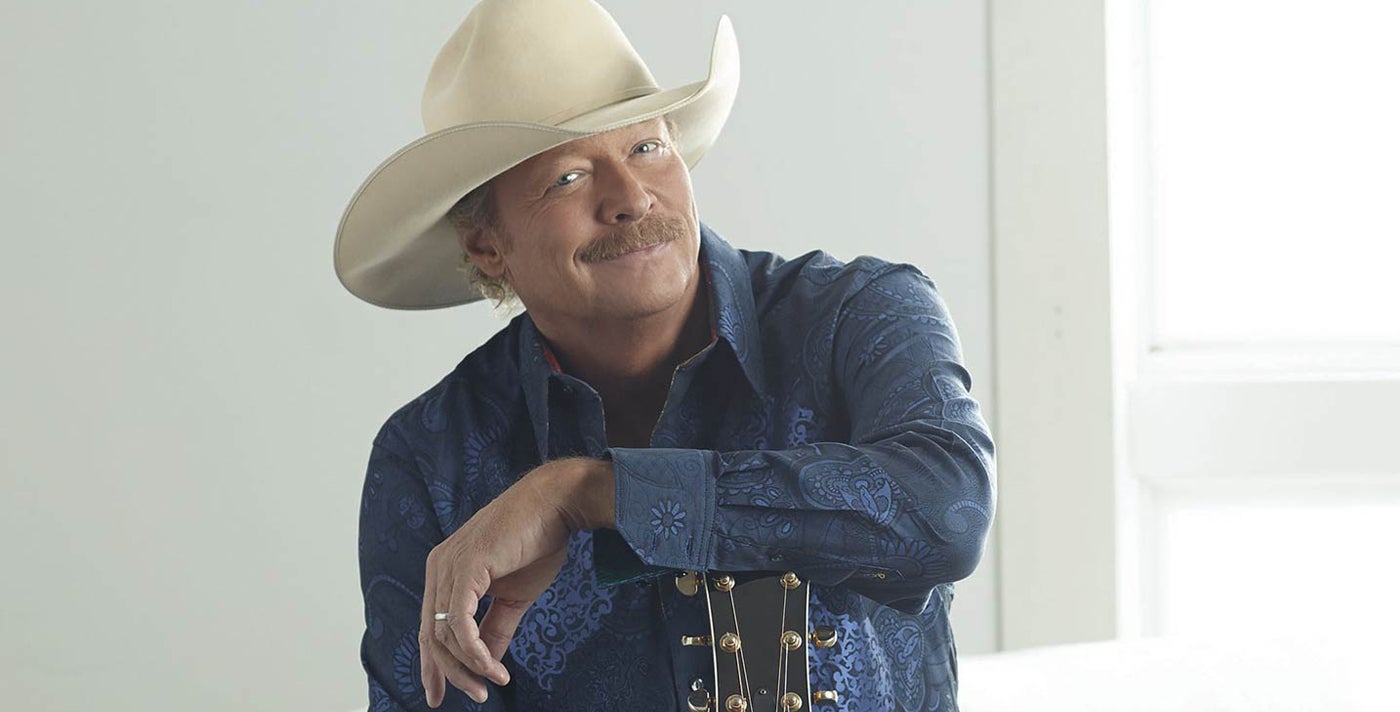 ***UPDATE*** November 12, 2018 – Country superstar Alan Jackson’s concert at Spectrum Center – originally planned for September 15, 2018 – has been rescheduled. The Country Music Hall of Famer will return on Saturday, August 24, 2019. Tickets for the original show will be honored at the rescheduled date.

Tickets for the rescheduled concert are on sale now at spectrumcentercharlotte.com, ticketmaster.com, the Spectrum Center Box Office, all Ticketmaster outlets, by phone at 800-745-3000 or by visiting alanjackson.com, where you can find information about Alan, his tour schedule, music and more. VIP tickets and packages are also available.

The original concert was postponed due to the weather threat Hurricane Florence posed to the Carolinas.

Jackson, who played to countless fans in 2018, will announce more shows for 2019 – all part of a new tour – in the coming weeks.

***UPDATE*** September 11, 2018 - In consideration of fans’ safety and that of touring crew and venue staff – and in conjunction with local authorities – Country Music Hall of Famer Alan Jackson’s Saturday, September 15 concert at the Spectrum Center in Charlotte, NC is being postponed. Tour management, promoters and arena personnel are working through the logistics of rescheduling the show; all tickets will be honored at the rescheduled date.

November 13, 2017 – With a year of sold-out shows and packed houses in the rearview mirror, newly-minted Country Music Hall of Famer Alan Jackson’s Honky Tonk Highway Tour adds more miles and rolls into 2018 with a stop at the Spectrum Center in Charlotte, NC on Saturday, September 15! Tickets go on sale Friday, November 17 at 10 a.m.

Tickets and information are available at spectrumcentercharlotte.com, ticketmaster.com, the Spectrum Center Box Office, all Ticketmaster outlets, by phone at 800-745-3000 or at alanjackson.com/tour, where you can find information about Alan, his tour schedule, music and more. Jackson is again teaming up with CID Entertainment to offer VIP Experiences at many of his 2018 shows; fans can choose from four experiences with a variety of perks including a backstage tour, the opportunity to watch the show from a custom barstool by the soundboard, access to a pre-show party, a signed poster, and more!

Alan Jackson’s Honky Tonk Highway Tour will find the country icon performing hits that have gained him legions of longtime fans, songs that continue to draw new crowds as a younger generation discovers his music. Jackson’s repertoire stands the test of time; it has impacted a field of artists who cite Jackson as an influence. It’s these same songs – many written by Alan – that earned him his newfound place alongside country music’s greatest names and cemented his place in its history with membership in the Country Music Hall of Fame. Fans will hear the songs they love from the man who wrote them and made them famous, including his debut hit “Here in The Real World”…signature songs such as “Chattahoochee,” “Drive” and “Gone Country”…party anthems “It’s Five O’Clock Somewhere” and “Good Time”…and many, many more.

Jackson’s concert announcement comes on the heels of his show-ending CMA Awards performance celebrating his 2017 induction to the Country Music Hall of Fame. Alan and his band, The Strayhorns, reminded fans what they’ll enjoy on the Honky Tonk Highway Tour in 2018 as he closed out “Country Music’s Biggest Night” with back-to-back performances of “Chasin’ That Neon Rainbow” and “Don’t Rock the Jukebox,” bringing the star-filled audience to its feet as the likes of Luke Bryan, Keith Urban, Eric Church and others were seen singing along to Alan’s memories of “livin’ that honky tonk dream.”

Alan Jackson’s Charlotte show will continue his tradition of “keepin’ it country” for people far and wide as he travels the Honky Tonk Highway, bringing nearly 30 years of hits to North Carolina!