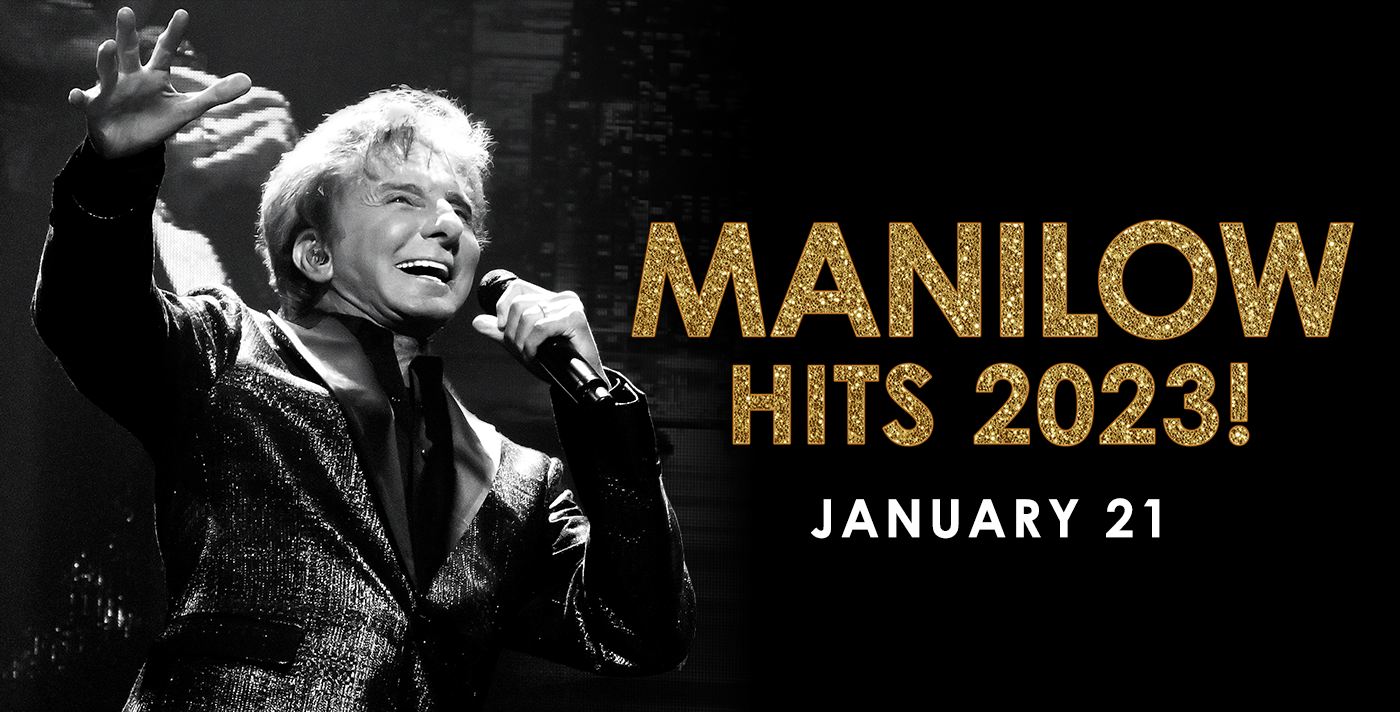 THE MUSIC ICON MARKS HIS 50TH ANNIVERSARY AS A PERFORMING ARTIST WITH ‘MANILOW: HITS 2023’

“I look forward to this upcoming amazing year celebrating my personal milestone with my fans that have been with me throughout these many wonderful years,” said Manilow.

2023 also marks Manilow’s 50th Anniversary as a recording artist. The tour will highlight the superstar’s greatest hits. Manilow, a Grammy®, TONY®, and EMMY® Award-winning music icon and whose success is a benchmark in popular music, will perform an array of his hit songs, including "Mandy," "I Write the Songs," "Looks Like We Made It," "Can't Smile Without You," and "Copacabana (At the Copa)."

Having sold more than 85 million albums worldwide, Barry Manilow is one of the world's all-time best selling recording artists. The GRAMMY®, TONY®, and EMMY® Award-winning musician has had an astonishing 50 Top 40 singles including 12 #1s and 27 Top 10 hits. He is ranked as the #1 Adult Contemporary Artist of all time, according to Billboard and R&R magazines.

Outback Presents is the leading independent, full-service promoter of live entertainment. Based in Nashville, Outback Presents produces thousands of music and comedy shows, tours, and festivals annually across North America, connecting its diverse roster of artists with their fans.