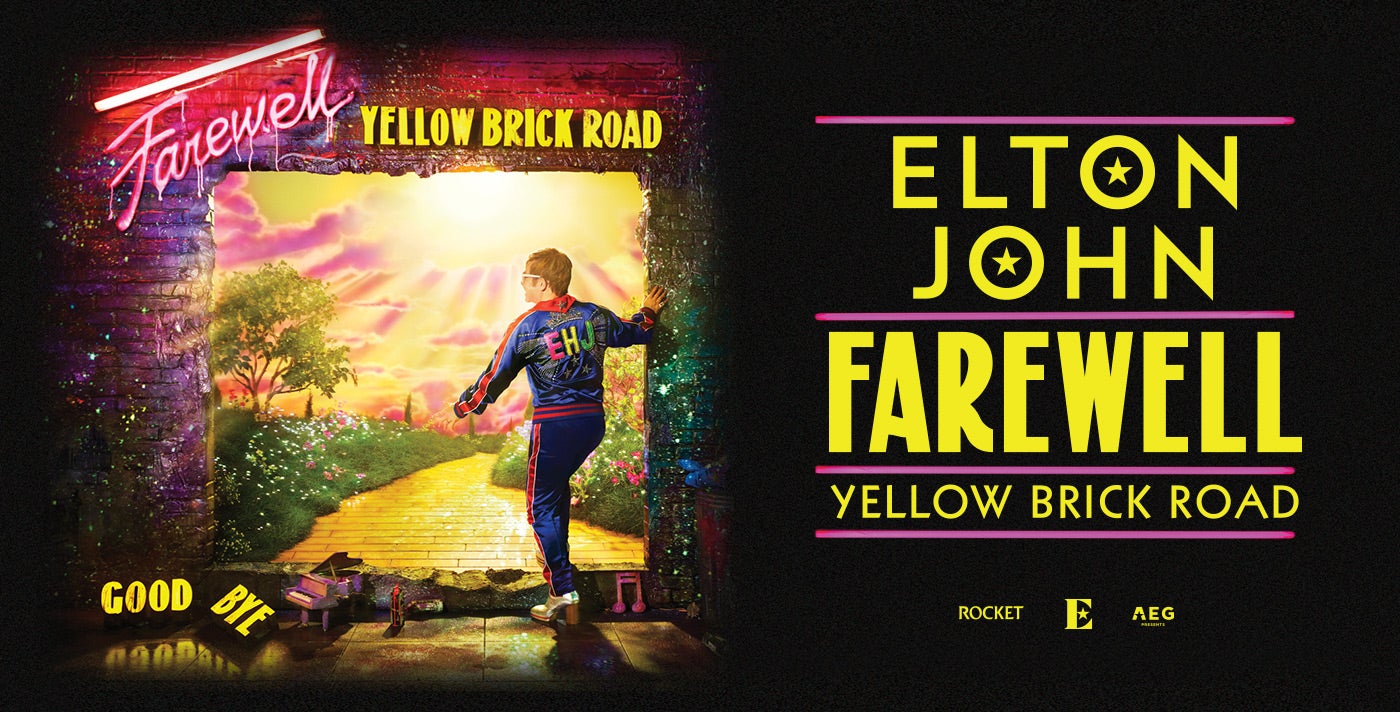 The Farewell Yellow Brick Road Tour kicked off to a sold-out crowd on September 8 in Allentown, PA. Taking the audience on a magical journey through his career, the show features some of Elton’s most beloved songs from his legendary catalogue including, “Bennie and the Jets,” “Rocket Man,” “Tiny Dancer,” and “Philadelphia Freedom.” Elton’s music has taken him to many places, opened many doors and inspired many passions in his life. The audience will experiences a rare glimpse into Elton’s life and the deeply personal meaning behind some of his greatest hits, with mesmerizing, never-before-seen photos and videos shown throughout the show from his incredible 50-year career.

“Elton John’s ‘Farewell Yellow Brick Road’ tour is a celebration of one of music’s and pop culture’s most legendary and unrivaled performers,” said Jay Marciano, Chairman and CEO, AEG Presents, promoters of the global ‘Farewell Yellow Brick Road’ tour.   “Just as he has promised his millions of fans, it’s more than just an unforgettable performance of the most iconic and loved music of his career, it’s a look back at all our lives and how Elton John’s music has been interwoven into the social, political and cultural history of our world.  It is an honor to be part of the team of the industry’s most talented people that have together created the ultimate tribute to music’s most incomparable artist.”

Tickets will go on sale to the general public beginning Friday, October 5 at 10am at spectrumcentercharlotte.com and ticketmaster.com, the Spectrum Center Box Office, all Ticketmaster outlets or by phone at 800-745-3000. Tickets and VIP packages can be purchased at EltonJohn.com.

The Farewell Yellow Brick Road Tour presale is powered by Ticketmaster Verified Fan; a fan-first technology that was built to help artists combat ticket bots and get tickets into the hands of fans that intend to go to the event.  Tickets for these events will be available through registration using Ticketmaster Verified Fan. Members of The Rocket Club will receive priority access to Verified Fan tickets at the beginning of the official presale period (Verified Fan registration is required.) For events on sale October 5, registration is available now through Friday, September 28 at 10pm local time.  Verified TM fan presale will begin Tuesday, October 2 at 10am and run through Wednesday, October 3 at 10pm local time, supplies are limited.