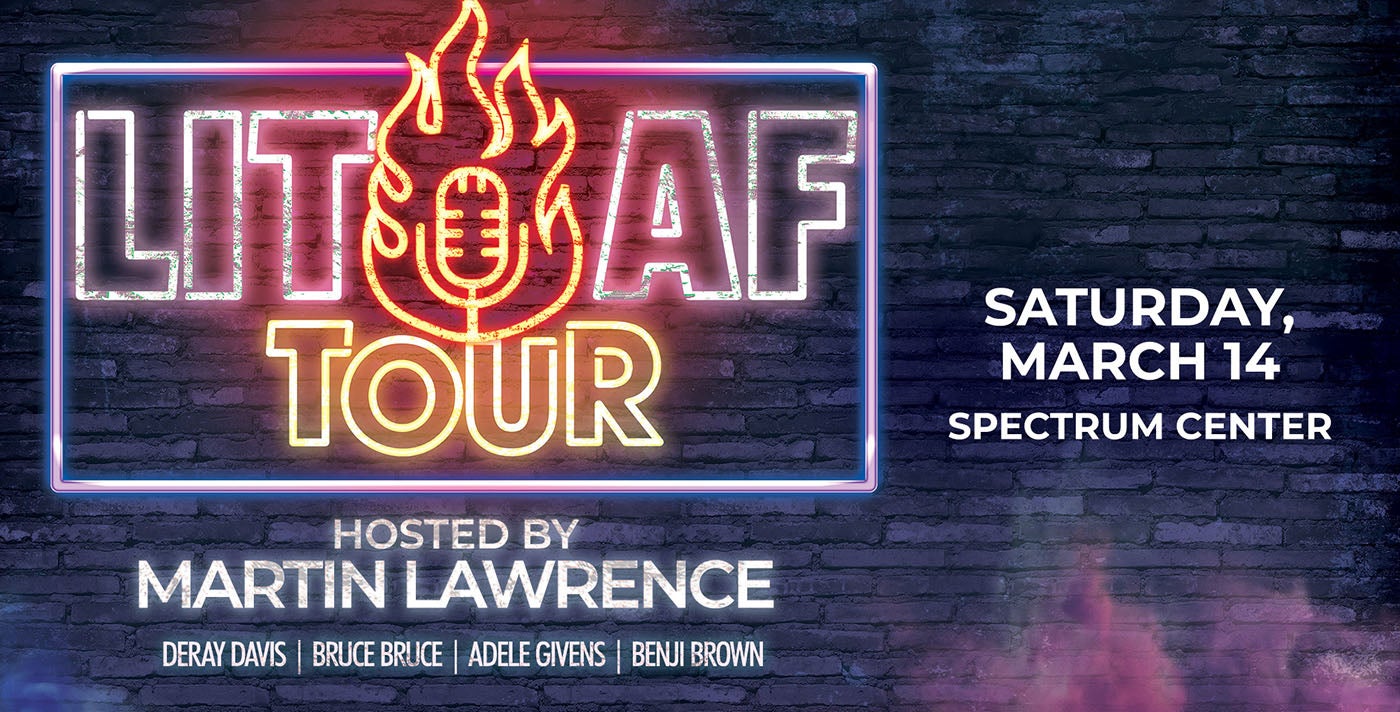 “Martin has proven to be a real touring force over the last years, selling out marquee arenas across the country.  His enduring film and TV resume is timeless and it has been such a pleasure and honor to work with one of the most legendary comedy forces in the business,” says Jesse Stoll, Senior Talent Buyer for AEG Presents. “Following on the heels of Bad Boys III, he is bringing some of his biggest and baddest friends on the road continuing the LIT AF brand and bracing the world for a killer comedy explosion!”

The LIT AF Tour will visit Charlotte’s Spectrum Center on Saturday, March 14, 2020.  Tickets go on sale to the general public starting this Friday, November 22, at 12 p.m.  CITI Presale begins Wednesday, November 20, at 12 p.m. and runs through Thursday, November 21, at 10 p.m. Fans with presale passcode can purchase tickets before the general public Thursday, November 21, from 12 p.m. through 10 p.m.  A limited number of VIP packages will be available for purchase.  For complete presale details, VIP package info, and ticket information, visit litaftour.com.  A complete list of tour dates can be found below.

“Being on the road with this group of funny AF comedians is a blast,” says Lawrence. “Bringing the tour back out on the road is always exciting, no two shows are the same and we all bring something different to the party."