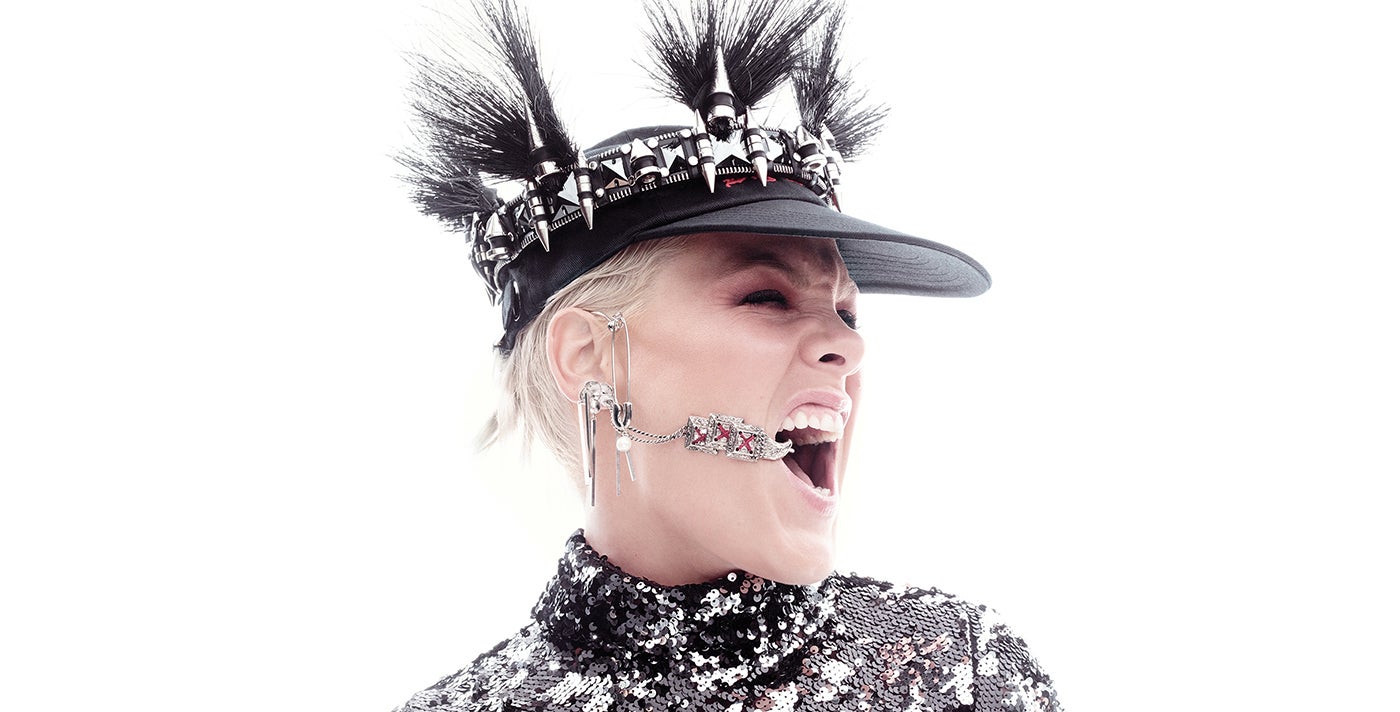 Produced by Live Nation, the critically acclaimed tour has been lauded by fans and critics alike for P!NK’s spectacular physicality and powerful vocals. The trek resumes on March 1, 2019 in Fort Lauderdale, FL, and will make stops in Nashville, New Orleans, San Antonio, Los Angeles, and many more before wrapping on May 21, 2019 at Madison Square Garden in New York City.   P!NK with special guest Julia Michaels will play Spectrum Center Charlotte on March 9.  Tickets are on sale now atlivenation.com, the venue box offices, Ticketmaster, or by phone 800-745-3000.

Already one of the most celebrated songwriters in the music industry, Michaels leapt into the spotlight as a solo artist in 2015 with her triple-platinum selling debut single “Issues.” She went on to be nominated for multiple GRAMMY® Awards in 2018 including “Best New Artist” and “Song of the Year” for “Issues” which has garnered over 1 billion streams worldwide.  Prior to becoming a popstar in her own write, Michaels co-wrote smash hits including Justin Bieber’s “Sorry,” Nick Jonas ft. Tove Lo’s “Close,” Selena Gomez’s “Hands To Myself,” and countless others.

(May 3, 2018) – After incredible success and demand, esteemed performer and international pop icon P!NK today announces her Beautiful Trauma World Tour will extend in to 2019 with an additional 37 spring dates across North America. Produced by Live Nation, the new outing will kick off March 1, 2019 in Fort Lauderdale, FL and the highly praised show will make stops in Nashville, New Orleans, San Antonio, Los Angeles, and more before wrapping May 21, 2019 at Madison Square Garden in New York City.

P!NK will play Spectrum Center Charlotte on Saturday March 9 2019.  To ensure tickets get in to the hands of fans, Fan Registration for the North American tour dates will be available here through Ticketmaster’s Verified FanÒ platform beginning today, Thursday, May 3 at 10am local time through Sunday, May 6 at 10pm local time. Presale tickets for registered fans will go on sale beginning Tuesday, May 8 at 10am local time, while limited supplies last.

Citi® is the official presale credit card for the Beautiful Trauma World Tour 2019. As such, Citi® cardmembers will have access to purchase U.S. presale tickets beginning Tuesday, May 8 at 10am local time until Thursday, May 10 at 10pm local time through Citi’s Private Pass® program. For complete presale details visit www.citiprivatepass.com.

U.S. and Canadian residents who purchase tickets online will be able to redeem (1) physical copy of P!NK’s new album “Beautiful Trauma”. All albums must be redeemed by the end of the tour in May 2019. Tickets will go on sale to the general public beginning Friday, May 11 at LiveNation.com.

“Pink kept raising the stakes throughout the show, which is packed with aerial thrills, huge dance numbers and her unique collection of gritty, uplifting anthems.” – Newsday

“…ultimately this show was designed to visually woo, and it succeeded mightily. I’ve seen my share of mammoth pop spectacles — Katy Perry, Taylor Swift and Gaga all come to mind — but this was sheer magic.” – NewJersey.com

“…while Pink may be one of pop music’s biggest stunt queens, she’s a consummate singer, performer and showman.” – St. Louis Tribune

“Employing wires and stage props like a giant, spark-spewing chandelier and deformed street lights that looked as though they'd been lifted from a Picasso painting, Pink and her team essentially repealed the law of gravity for the night.” – Cleveland Plain-Dealer

Since her debut in 2000, P!NK has released 7 studio albums, 1 greatest hits album, sold over 50 million albums equivalents, over 75 million singles, over 2.4 million DVDs worldwide and has had 15 singles in the top 10 on the Billboard Hot 100 chart (four at #1). In addition, she is the recipient of three Grammy Awards (19 nominations), one Daytime Emmy Award, three Billboard Music Awards, seven MTV Video Music Awards (including the 2017 Michael Jackson Vanguard Award recipient), two MTV Europe Awards, two People’s Choice Awards, was named Billboard’s Woman of the Year in 2013 and has sold out arenas all over the world.  Her seventh studio album, Beautiful Trauma is certified platinum, debuted at #1 on Billboard’s 200 chart and marked a career high for first week sales.  Additionally, the album debuted at #1 in 10 other countries, on Billboard’s Top Album Sales Chart and Digital Albums Chart. The first single, “What About US” is also certified platinum, received a Grammy nomination for Best Pop Solo Performance and reached #1 on the Adult Pop Songs chart earning her ninth leader on the chart, the most number-ones at the format for a female (second overall).

P!NK is a huge supporter of various charities, including: Make a Wish Foundation, Autism Speaks, Human Rights Campaign and No Kid Hungry.  She remains on the UNICEF team as an Ambassador.  She recently graced the cover of People Magazine’s The Beautiful Issue.