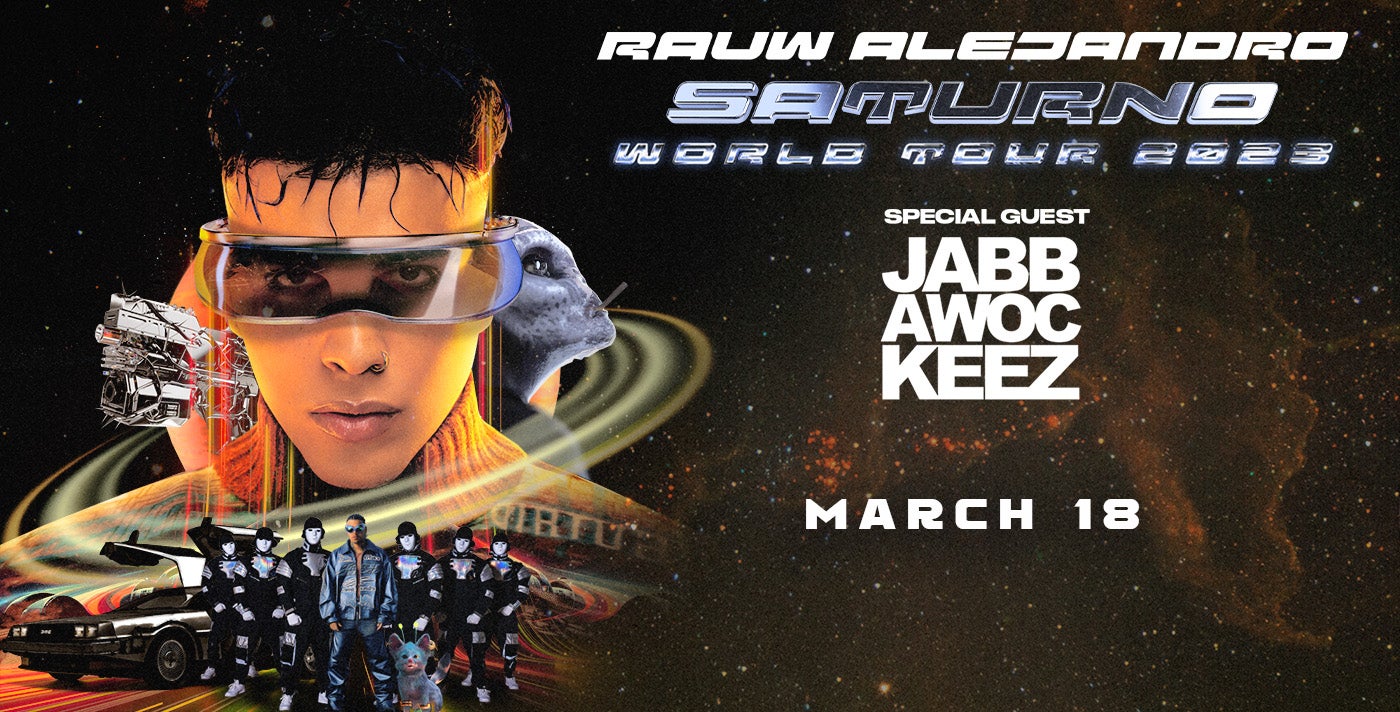 The artist has been leading the new generation of Latin music artists since he appeared on the scene in 2017. Many of his hits have attained Gold, Platinum and Multi-Platinum certifications.

His latest album “Saturno” was released in November 2022 to great reviews. The album was written and co-produced by Rauw and features the already successful  singles “Punto 40” Feat. Baby Rasta, “Lokera,” and “Dime Quien”. For Saturno, Rauw Alejandro wanted to elevate the affair by crafting a true album experience–one that’s meant to be enjoyed from beginning to end.

“I wanted to take my fans on a ride through my mind, my emotions–the sounds that influenced me,” says the 29-year-old singer. “This album tells a story from beginning to end. It’s a story of loss, denial – and finally, acceptance.”