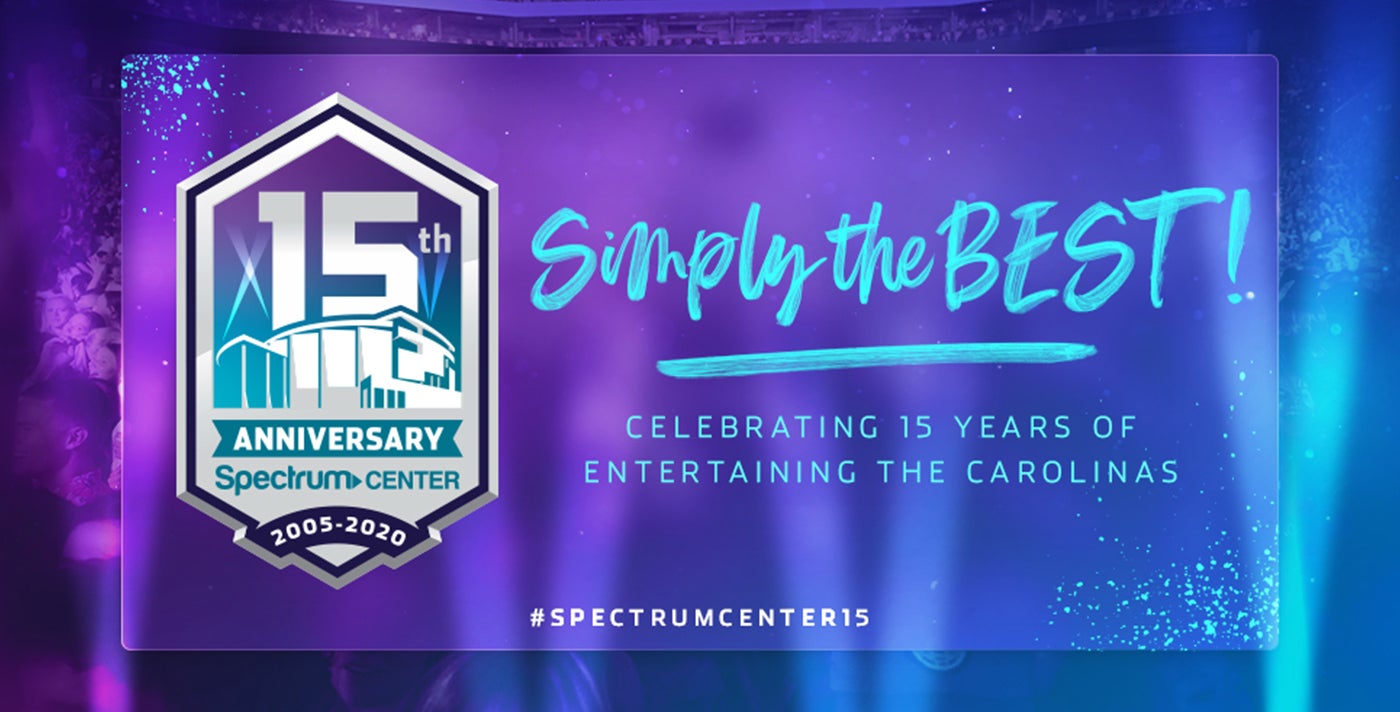 October 21, 2020 – Spectrum Center today is celebrating the 15th Anniversary of its first event – a sold-out concert by the Rolling Stones on October 21, 2005 – by launching a year-long commemoration that includes a special 15th Anniversary logo, social media activations, an anniversary page at spectrumcentercharlotte.com and more.

“We are excited to celebrate Spectrum Center’s 15th Anniversary,” said Hornets Sports & Entertainment President & Vice Chairman Fred Whitfield.  “We are proud to be stewards of this community gathering place that brings world-class sports and entertainment to Charlotte and the Carolinas.  We look forward to the next 15 years and more.”

Fans following Spectrum Center on social media can enjoy a series of Spotify playlists with songs representing some of the top artists to perform at the arena; a “This Day at Spectrum Center” series looking back at memorable events; a “Marvelous Memories” series of videos featuring long-time staff, season-ticket holders and guests sharing their favorite moments; and more.

“It’s hard to believe that it has been 15 years since we opened our doors for the first time,” said Hornets Sports & Entertainment Executive Vice President & Spectrum Center General Manager Donna Julian.  “We may not have large events taking place right now, but it’s important for us to commemorate this anniversary and all the memorable moments we have had at Spectrum Center while we wait to reopen our doors and make more memories.”

Currently, Spectrum Center is serving as an early voting site for Mecklenburg County residents for the first time in its history.  Early voting for the 2020 elections runs through Saturday, October 31.