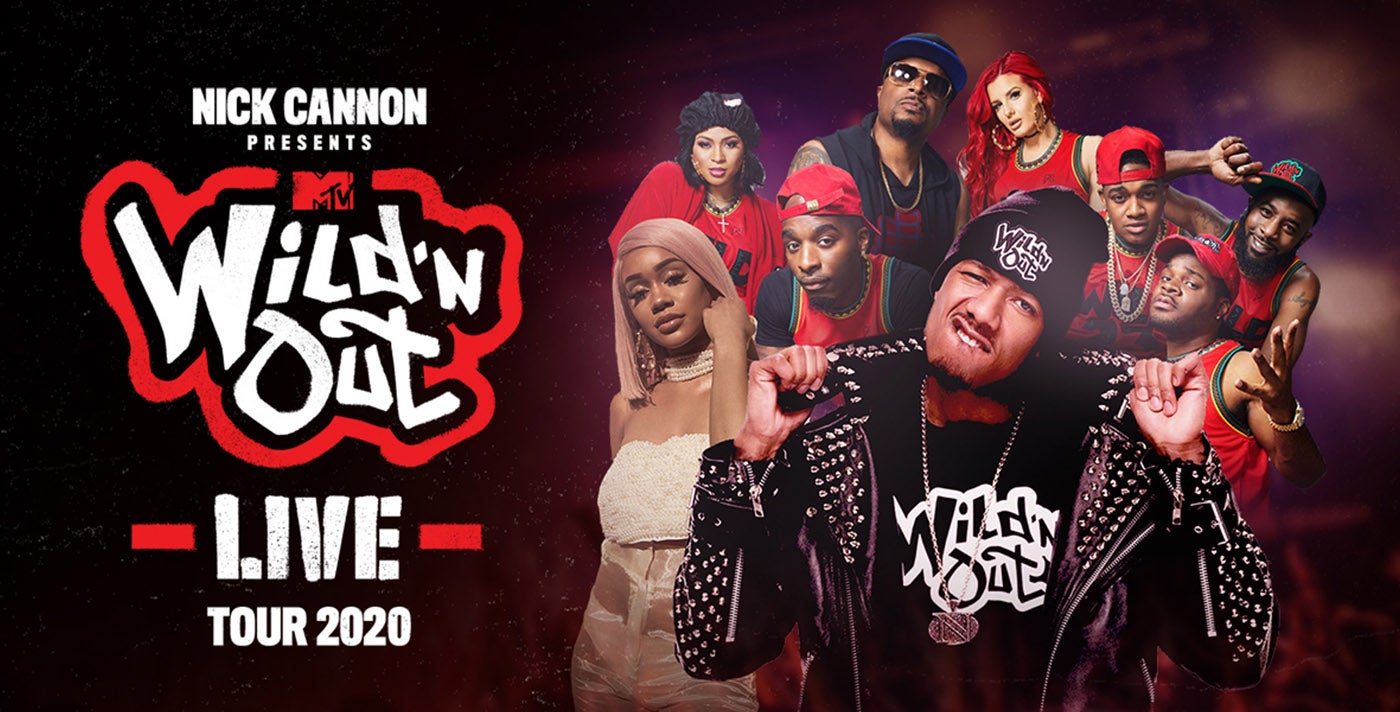 January 7, 2020 – Multi-hyphenate entertainer Nick Cannon announced his wildly popular MTV Wild ‘N Out Live tour will return with dates all over the U.S. kicking off this March. Fans can expect stand up routines by their favorite Wild ‘N Out cast members including DC Young Fly, Karlous Miller, Emmanuel Hudson, Justina Valentine, Hit Man, Conceited, DJ D-Wreck and Pretty Vee (lineup varies by city), as well as live music performances from some of today’s hottest artists including platinum “My Type” and “Icy Grl” entertainer Saweetie. Additional special guests will be announced. Each night Nick Cannon and the cast will also invite members of the audience to join them for Wild 'N Out’s most popular games. The tour will bring together a comedy, variety and game show all in one to fans of the improv/competition show on each stop.

Produced by Live Nation and Laugh Out Loud, the expansive 27-city arena tour will kick off March 3, in Jacksonville, FL, and include a stop at Spectrum Center on Sunday, March 8. Tickets go on sale to the general public beginning Friday, January 10, at 10 a.m. local time at the Spectrum Center Box Office or online at spectrumcentercharlotte.com or livenation.com.

Citi is the official presale card of the MTV Wild ‘N Out Live tour. As such, Citi cardmembers will have access to purchase presale tickets from Tuesday, January 7, at 12 p.m.  until Thursday, January 9, at 10 p.m. through Citi EntertainmentSM. For complete presale details, visit citientertainment.com.